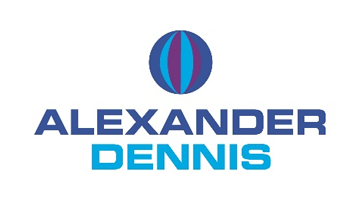 Alexander Dennis Limited (“ADL”) is one of the world's leading independent bus and coach manufacturers offering Alexander Dennis buses (single and double deck) and Plaxton motor coaches with a history and heritage of design, engineering and manufacturing excellence that spans more than a century.

Headquartered in Scotland, ADL employs over 2,500 team members with over 31,000 vehicles in service and operations in UK, Europe, Hong Kong, Singapore, Malaysia, New Zealand, Mexico, Canada and the United States. The Company has a global offering and is known for its innovative products and commitment to quality and service for its customers. ADL is also a market leader in the supply of electric vehicles and other alternative drivetrain technologies.

ADL was established in 2004 when a consortium of Scottish entrepreneurs led by Sir Brian Souter and including Dame Ann Gloag, Sir Angus Grossart and Sir David Murray acquired the business from TransBus International’s administrators.

Since 2004 ADL has gone from strength to strength and demonstrated a track record of consistent growth. In 2018 ADL generated revenues of over £630 million, having grown at a CAGR of 10.5% since 2010, and the Company delivered more than 2,500 buses and coaches across the Company’s domestic UK market and multiple international territories.

In May 2019, ADL was acquired by NFI Group Inc., North America’s largest and most diversified bus manufacturer. The transaction creates a global bus OEM with market leading positions in the United Kingdom, Hong Kong and North America plus a growing footprint in Asia Pacific, Latin America and Europe.

Souter Investments provided consistent support and guidance over more than fourteen years, allowing us to build a sustainable global business. In that time, we made great progress, evolving from a UK focussed business to being one of the fastest growing global bus and coach manufacturers. We believe that our consolidated businesses will enhance NFI’s leading position in North America, while improving the Company’s global offering through our combined engineering expertise, supplier partnerships, Electric Vehicle know-how and aftermarket platforms.