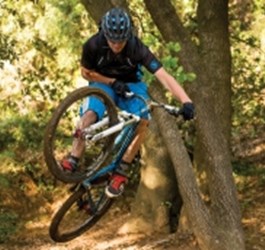 Souter Investments is pleased to announce the disposal of its stake in Endura, the Livingston based cycling brand, which has been acquired by Pentland Brands.

Endura is a leading designer and producer of branded cycling and triathlon apparel. Its high performance technical clothing is used by a number of the world’s top road and mountain cycling teams, and it also supplies apparel for the recreational urban and commuting cyclist, including helmets, eyewear and luggage.

Based in Livingston, Endura products are sold in over 20 countries worldwide including the key strategic markets of USA, UK, Mainland Europe and South America.  Endura has a close partnership with the Movistar Team - the UCI Number 1 ranked Tour de France team for 2016. Endura was founded in 1992 by Jim McFarlane and Pamela Barclay.

Souter Investments formed part of a syndicate, led by Penta Capital, that acquired a minority stake in the business, helping to fuel the next stage of Endura’s development.

Pentland Brands is behind some of the world’s best known active and footwear brands, including Speedo, Berghaus, Canterbury of New Zealand, Mitre, Ellesse, Boxfresh, SeaVees, KangaROOS and Red or Dead. Pentland are also the global licensee for Ted Baker footwear and Kickers in the UK and have a joint venture partnership for Lacoste footwear.  Pentland Brands are also shareholders in other companies such as Hunter Boots, Butterfly Twists, Heidi Klein and Tracksmith.  The Group is also the majority owner of JD Sports Fashion Limited, which operates over 1,300 sports, fashion and outdoor stores across 12 countries.